Winter 2021, the last chapter was written, the circle of the four seasons was closed, the fourth book ended.

But when your three apostles of the holy gravel wanted to pay homage to the four books, they found that the books had disappeared.

The three apostles ran home and turned their backs on the world, too confused to think clearly. Strengthened with pumpkin stew and cold hops, they set out to shed their ritual impurity.
Should there be a fifth chapter? Were the books resurrected? That couldn’t be. You yourself were there when the fourth book was closed! And yet there could be no other explanation.
Carrying out countless procedures and rituals – including washing each other’s feet – demanded everything from them.

Suddenly the sacred track flame lit up above their heads and they all started talking at once:

Was that the fifth book? Of course!

Inspired, they set out to discover new wild parts of northern Germany – and they found what they were looking for:
550/750 kilometers of the finest, sacred trail fun await you. Seas, hills, lakes, rivers, solitude.

Be part of the Auferstehung of the Holy Gravel on Midsummer 2023! 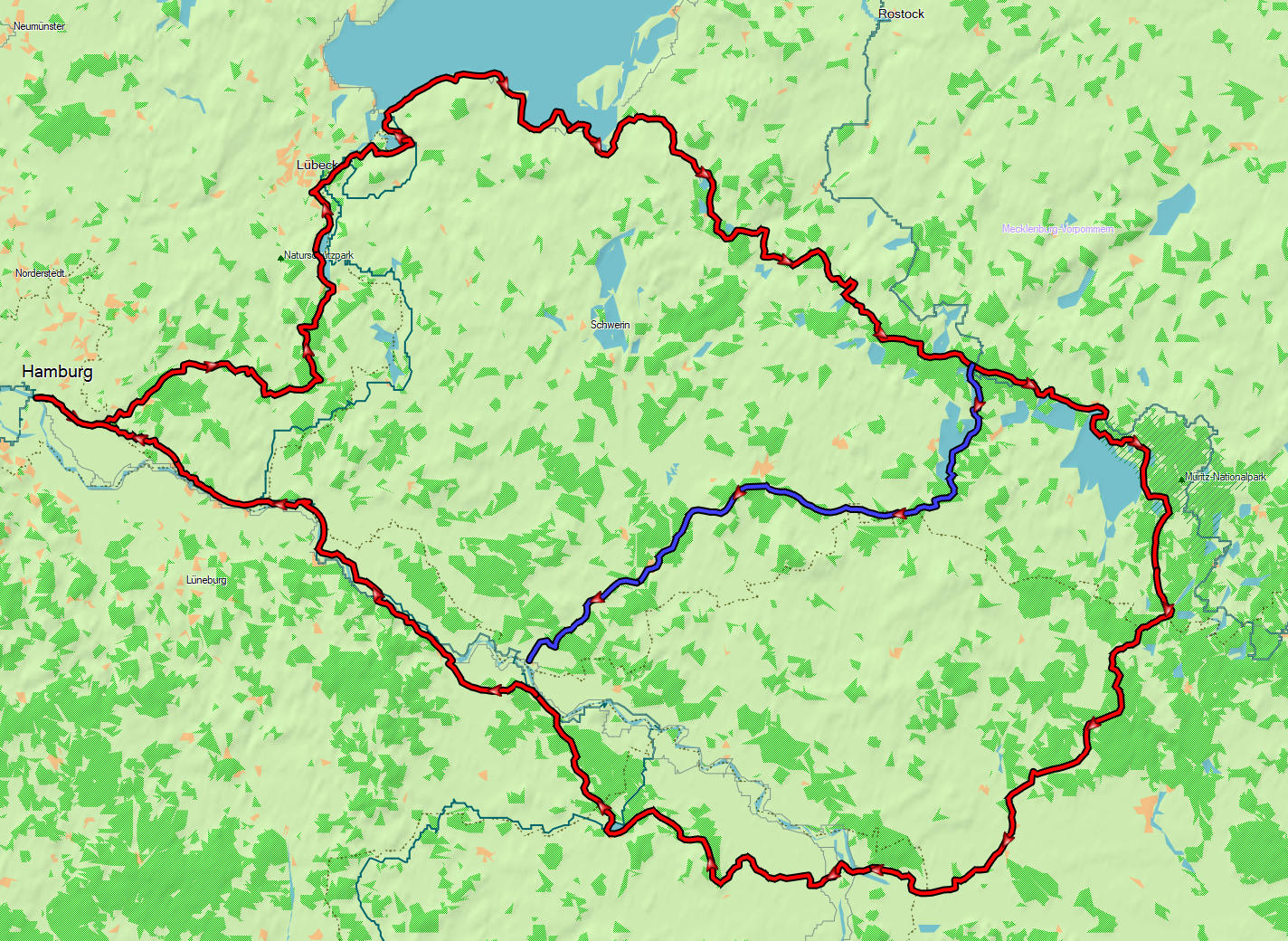 Caps, donations, what does it cost?

The Holy Gravel is and will not be commercial!

Your donation to a non-profit organization will be mandatory, as will the order of the Holy Gravel cycling cap, because many people wanted one afterwards.

We simplify the process for everyone involved by collecting the money via Paypal. You will receive all the necessary information with the confirmation of registration.
We will transfer the donations to Caritas and UN Women immediately after the event. Until then you still have the opportunity to increase the amount.

You can choose between two donation recipients:
Caritas, with its huge offer for people in need in Hamburg

UN Women is committed to gender equality, women’s rights, the end of violence against women and the elimination of all forms of discrimination against women.

From a donation amount of 100, – EUR, we will take care of your donation confirmation for your annual tax declaration.

Attention: in order to receive your personalized Holy Gravel cap, your donation must reach us by Friday, May 5th.
If you don’t have a cap in your mailbox by the start date, you will be given one at the start, as long as stocks last.

Registration with ordering your personalized cap will be possible until May 5th, 2023. We will send you your cap at least one week before the start. We keep a small contingent of non-personalized Holy Gravel caps available for late registrations – once they’re gone, they’re gone.

Holy Gravel is not a race, no guided tour and it´s non-commercial. It’s simply a gathering of like-minded friends who ride their bikes on the same track.

The rules are simple, everyone acts independently at all times.

Fair driving to nature and the environment: take your rubbish with you, stay on the paths, be considerate of everyone else you meet in nature. Horses and people are less frightened if you shout “MOIN” loudly and friendly 50 m before overtaking.

Technically flawless bikes and compliance with legal regulations such as forest law, nature conservation law and road traffic regulations are an absolute must.